Actor Fred Ward passed away a few days ago at the age of 79. No cause of death has been announced yet. Ward was a leading man for a brief period, but spent most of his career as a character actor or second lead playing tough guys with a soft heart or at least complex tough guys. He had a signature rugged look from having broken his nose 3 times while boxing earlier in his life. He was in countless movies such as Tremors and Escape From Alcatraz, but I best remember him playing Gus Grissom in The Right Stuff. 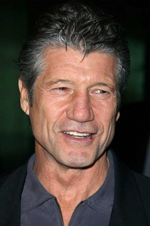 Fred Ward was a good one…….sorry to hear that he has died.
S

Mickey Gilley has passed away.
My father in law played guitar for him back in the day.

Sea Turtle said:
Mickey Gilley has passed away.
My father in law played guitar for him back in the day.
Click to expand...