Notre Dame has a new edge offered today. 3 star out of California

Think we jumped the gun on the verbaled title

INLaw said:
Think we jumped the gun on the verbaled title
Click to expand...

Ha, yeah I copy and pasted the format and changed it two seconds later. You were to quick
I

We ain’t no fortunate one
S

Watching his tape, something that really jumps out is how he likes to go for the strip instead of just going for the sack if a QB leaves the ball out.

Don't know what his competition is like but man I fucking love this kids tape. Doesn't have elite length but man that motor.

All troll, no substance

NDPhilly said:
Don't know what his competition is like but man I fucking love this kids tape. Doesn't have elite length but man that motor.
Click to expand...

In before we start talking about shopping down different aisles… 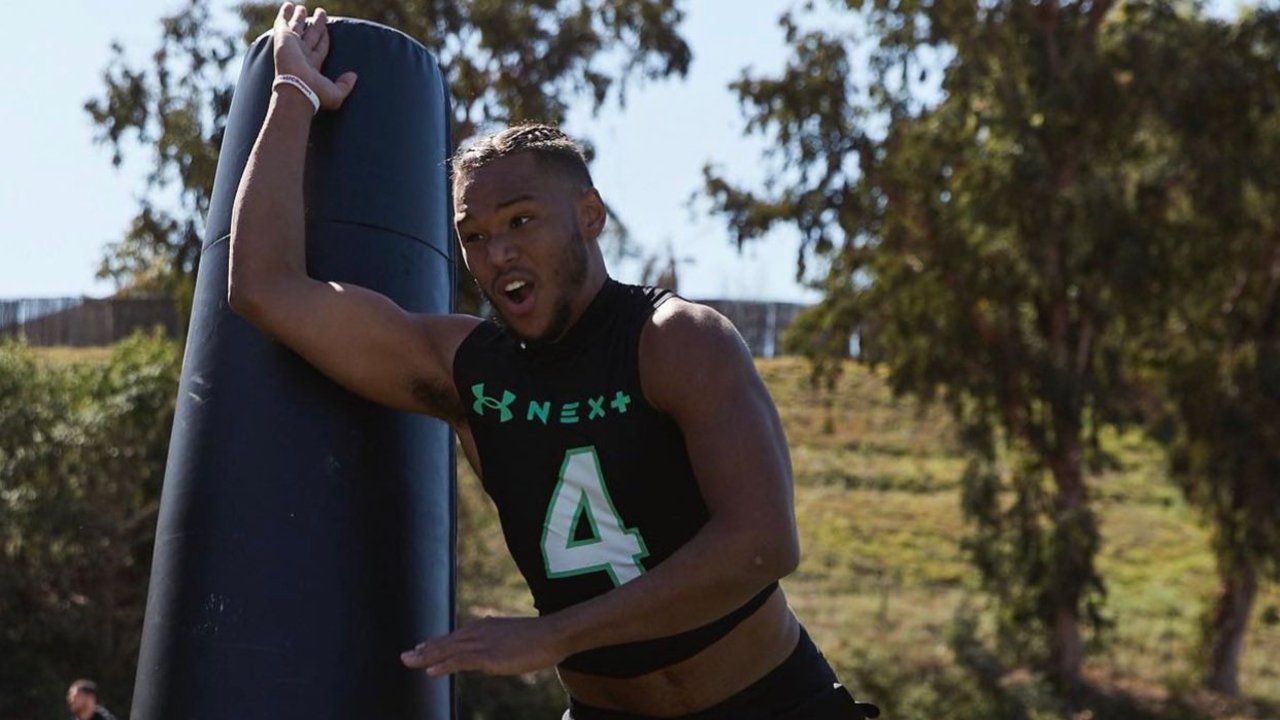 After Notre Dame Offer, 2023 DE Jaeden Moore Has Some Decisions To Make

After landing an offer from the Irish yesterday, 2023 California defensive end Jaeden Moore has to decide if he's going to stick with his plan to announce a commitment tomorrow.

Graphic/decision was made and tweeted out before ND offered. They were in contact earlier in the process but obviously didn't extend an offer until yesterday. His coach thinks he is likely to rethink things and possibly delay his announcement. Says he can't ignore a place like Notre Dame.

The Pope of Greenwich Village

Great moment for this player, but for us, it comes at the expense of a verbal fallout.

Jiggafini19Deux said:
Great moment for this player, but for us, it comes at the expense of a verbal fallout.
Click to expand...

Biggest piece in our class replaced by a three star. Back to shopping in the different aisle again.
E

Is there any chance at all that this isn't directly related to Keeley? Or am I just being naive?

EvilleIrish said:
Is there any chance at all that this isn't directly related to Keeley? Or am I just being naive?
Click to expand...

Keeley is GONE. No disrespect to this kid, but this is not it.
E

Kind of what I figured.

Great for this kid, terrible for any program that was hoping to take the next step in becoming elite.

It's about to get gross

Hope our moral high ground is worth it.

He lives in the middle of no where in CA, doubt his competition is great. I do love his tape tho he gets after it.

I'm Colin NOT from Kansas

MacIrish75 said:
In before we start talking about shopping down different aisles…
Click to expand...

Turns out the new aisle just led back to the old one.
I

Pretty good stats, good highlight film. Doesn’t look like a 3 star to me

It's about to get gross

He's got the makings of a productive collegiate edge player. Well developed/wide lower half which is big head start on a lot of the narrow/lean speed edge rushers that come out of HS. It shows up in his weightlifting videos and his game film. You can see the power and pop he can generate off the ball. Heavy hands. High motor, high effort, and by the looks of it, high academic kid. However, he's likely below 6'3 and it looks like he struggles to open it up in pursuit. Don't see the twitchiness you see from elite pass rushers. Heck, he might project to a SDE at some point in the future. I think those two things limit his upside. Justin Ademilola more so than Isaiah Foskey. Which, hey, ND needs some Justin Ademilola's. But, I'd be lying if I said I wouldn't much rather have a Chandavian Bradley or Joshua Mickens.

Edit: I'll add that, at least for me, the difference between this type of prospect and say Ben Minich, is Minich has a tangible trait that could be deemed elite. His speed. That allows him more upside should everything else fall into place.
Last edited: Aug 16, 2022

Top Performers from SoCal Under Armour Next All-America Camp

Mission Viejo, Calif. – Nearly 200 players from all over the region and beyond took part in today’s Under Armour Next All-America Camp in Southern California.

“Jaeden Moore, Visalia (Calif.) Central Valley Christian - A prospect who could definitely be on stock up watch heading into the spring evaluation period. Moore was impressive in the DL vs OL one-on-one battles, using his length and get-off to instantly put blockers on their heels. He flashed a quick first step and the ability to extend his arms and keep tackles at a distance, using his reach and upper body strength to wiggle free. Physically there is decent upside for growth and Moore displayed a very good motor which ultimately secured one of the camp’s MVP spots.- Blair Angulo”

Our second shot at Keeley in Elijah Rushing was also at the same camp and a standout.

Any kid rated at all is good. Not many are elite.

du Lac said:
Any kid rated at all is good. Not many are elite.
Click to expand...

The one we're about to lose to NIL is elite.