Well, it wasn't Brey's last season like we had thought but the Irish made the Dance for the 1st time in 5 years.
ND is looking to get back to the dance in 2023 on the back of an experienced team with a lot of new faces.

A little surprise this morning, Ryan Greer, PG from NW transferred to ND as a grad transfer.

His twitter account says ND Basketball and there is confusion among the NW faithful as this was very hushhush.. 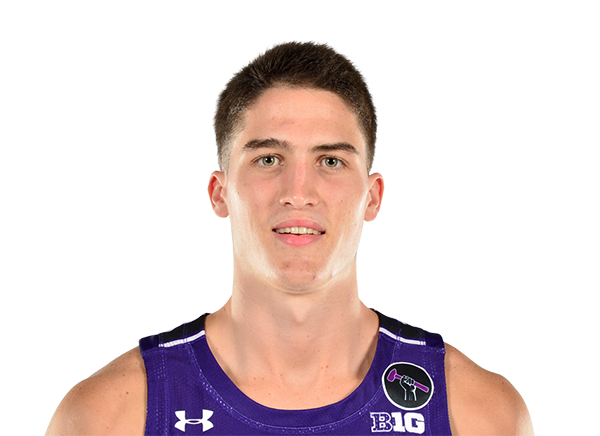 Very confused… does Brey plan on actually using more than 7 guys this year? Greer looking at his stats seems like at best he’d be 7th in the rotation
A

Henges24 said:
A little surprise this morning, Ryan Greer, PG from NW transferred to ND as a grad transfer.

His twitter account says ND Basketball and there is confusion among the NW faithful as this was very hushhush..

Looks like a staff position of some sort. Development & Recruiting Coordinator. I don't think he's playing.

Good catch. I either overlooked that or he just updated it this morning.

All troll, no substance

If this is my job....
I'm spending any free moment I can just following Chad and Freeman around and see how they do it. Invaluable mentors.

Any update if there is a replacement for Humphrey?
S

Various summer updates are up on ISR, SBT and 247 (Prister). Read some detailed interviews with Brey. Sounds like they really like Lubin (and Starling too, obviously) and the two frosh will start along with the three 5th year veterans Ryan, Laz and Goodwin. Lubin is very athletic and a little bigger than advertised at 6-8 220. Zona's improved, at least is in shape which seems to be a problem with the other freshman, Campbell. Reading between the lines of Brey's comments about Zona is he is not going to be much of a low post scoring threat. Good passer tho.

Brey acknowledges we'll be small and might use Goodwin or Starling as a 4 in some situations (ugh) Hammond, Wertz and Zona will be the 8 man rotation as it stands now. Prister and Noie both suggested JRK might redshirt (ugh, again).

Brey said Hammond had to do everything himself at Niagara which might explain his less than stellar shooting. Loves his defense.

We do have 6 fifth year students (includes Carmody) so Brey will have an "old" team which he loves.

irishandy said:
Any update if there is a replacement for Humphrey?
Click to expand...

In his ISR interview Brey said he'll have someone by Labor Day. No indication as to who. Said Solomon can coach the bigs so he's not looking exclusively for a big man coach. Solomon can "do everything" Pat Rogers (Director of Basketball Ops) can recruit off campus while there's a vacancy so we still have the same recruiting coverage as usual.
Last edited: Jul 23, 2022

If JR doesn't play this year, hopefully he stays patient. JJ will be fun to watch this year, enjoy him while we can. With our veterans this year I think they can be better than a top 20.
S

Rivals is reporting one Hamlet Tibbs is our new MBB assistant. They apparently got the news from Pete Thamel.
Tibbs is from Troy NY coached at U of Vermont and U of Albany. Current ND assistant Antoni Wyche is from the same area so that is probably how he got on Brey's radar.
A

Replaced the Shamrock with the interlocking ND

ab2cmiller said:
Replaced the Shamrock with the interlocking ND

I think it looks very good.

Counting my ‘bet against ND’ winnings

Not the playoff this year, that’s for sure

I am really looking forward to watching JJ this year, but wish it were Blake & JJ.

irishandy said:
I am really looking forward to watching JJ this year, but wish it were Blake & JJ.
Click to expand...

Has a nice look.
A

Doherty is almost unrecognizable to me

Did they announce a replacement for Humph? Or is Brey hinting here?
A

Henges24 said:
Did they announce a replacement for Humph? Or is Brey hinting here?
Click to expand...

It seems the NBA is expected to lower their draft eligibility age thus ending the one and done era. Not sure if this helps or hurts ND.

I would imagine that the one and dones will still be there. Blake Wesley is a perfect example. I don’t think 5-6 HS kids getting drafted would have stopped him from entering the draft.

Either way, it should be lowered as basketball isn’t a dangerous sport.

Chose the Irish over the Irish.


Chose the Irish over the Irish.
Click to expand...

Seems like a strong pick up. Rate as high as the top 80 on some sites. Elmarko Jackson is visiting October 29th weekend. ND seems all in on him and they have a good shot. If they miss on him I have no clue who else they can possibly get in '23 worth a damn.
You must log in or register to reply here.
Share:
Facebook Twitter Reddit Email Share Link
Top